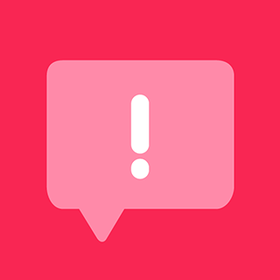 In some communities, traditional initiation rituals that have happened for generations still continue to take place. They may be kept quiet or be done in secret. The problem is aspects of these customs are harmful and can put a girl’s or a boy's health in danger.

One of these initiation rites for girls is “Kutha Cinamwali.” Traditionally, once a girl reached puberty, she was expected to get married and fall pregnant, although still a child herself. To prepare her for marriage, she goes through this initiation process. The initiations for girls and those for boys were a way of passing on knowledge, culture and history to adolescents. Nowadays, some of the teachings include abstaining from sex, how to avoid HIV and STIs and early pregnancies, life skills, respect for elderly people and parents and the importance of remaining in school.

However, it seems that old rituals are hard to die. Marriage used to start on the last night of the initiation, when the husband came to the house and had sex with the girl. If she was not married or promised, another man called a “fisi” [hyena] was paid to have sex with her. This practice is now illegal and banned by the government but it happens still in some rural communities in Zambia and Malawi.

What’s dangerous about it?

Initiations can have very positive influences like learning to respect parents and the elderly. However, they can also have negative aspects, for example, young people may be beaten or punished during the initiation. Even though abstinence is now emphasised in the initiation, some adolescents still have sex immediately after the rites as they did in the old days when they were being prepared for marriage. The husband or fisi may not have been tested for sexually transmitted infections and HIV first. So the girl can contract STIs or HIV from him. When this happens, the girls may get STIs or HIV and they may fall pregnancy without intending to. If they fall pregnant, they are often forced to drop out of school and marry when they are still children.

If you know about these initiation rites and are aware of their bad aspects, like having unprotected sex, you can refuse to participate in the harmful parts. It takes courage to stand up to your people and tell them that what is happening is dangerous. But this is the duty of a new generation of leaders. If you see this dangerous practice happening in your village, you need to share your knowledge and educate others about their rights.