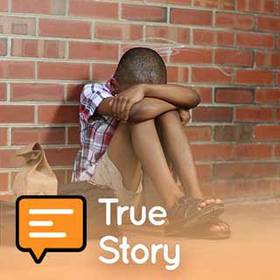 My dad beats my mom

This is what I watch

It is almost the end of The 16 Days of Activism for No Violence Against Women and Children. This story from a Tune Me reader reveals why we should stand against violence for 365 days of each year.

When I was about five or six years old my father would beat my mom up. I was too young to understand then. Did he not like her? Had she done something wrong? Was it because he was drunk?

He used to get really angry when he had been drinking. Anything could take him over the edge. One Friday he came home drunk making a fuss about nothing. Mom tried to calm him down so her pushed her away. She fell to the floor, knocked out cold. She stayed there for a long while and he didn't even seem to notice, or care. When she woke up he told her to go and get some sleep.

The next day I remember him telling her that she was no longer useful. I didn't know what he meant but I knew I didn't like it. They had an argument and then he left. The next day, a Sunday, he came back and she questioned him about where he had disappeared to. He told her it was none of her business and that was that. When I asked him if he loved her he said that he did. That made everything make even less sense. Why would you treat someone you love so badly?

Earlier this year he was drunk again. That day he didn't even give her a chance. He just wanted what he wanted when he wanted it. This time it was food. It wasn't ready. He laid into her, hitting her so badly she ended up in hospital.

Many girls (and even grown women) can’t stand up for themselves. If you see violence happen it is devastating and it is hard to see how you can help. But no matter what age you can stand for what is right. The first step is to speak up and tell someone who can help. Tell a trusted adult, a minister or the police Victim Support Unit.

Be the one that stops violence whenever you see it.